The Smarter Way to Succeed at New Year’s Resolutions 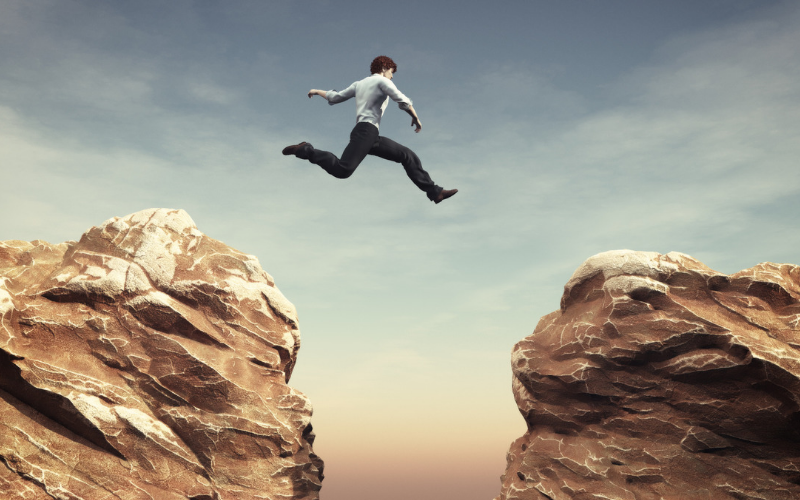 The smarter way to succeed at New Year’s Resolutions and tackle your goals is to shift how you approach them. If you are like many people you will have set lofty New Year’s Resolutions in the past that you didn’t achieve. There are sound reasons for this. There is a vast chasm that needs to be bridged between where you are now and the actual accomplishment of the goal.

The ‘stuff’ in the chasm consists of time and the external environment and factors. It is predominantly also dependent on you. Your Mindset. What and how you think and feel. What actions you take and what strategies you use. What you believe and value. What self-sabotaging patterns, limiting beliefs and unresolved emotions you are running. This is why around 50% of New Year’s Resolutions fail by February and a whopping 98% before the year is over.

We don’t have to engage in grand, heroic actions to participate in the process of change. Small acts, when multiplied by millions of people, can transform the world.’ Howard Zinn

The above quote is highly relevant to how we too, can transform our worlds. Small steps taken consistently creates a process of change in our lives. It allows us to focus on something more meaningful and tangible than the lofty goal. The goal is where we see only success or failure. Getting started or getting back into something from a significant break is hard. Yet it’s in getting started that the magic lies. It really is the smarter way to succeed at New Year’s Resolutions.

I hope my story of what I have done in relation to my fitness goal inspires you to get started today. You are never alone when it comes to getting going, even though we may all be starting at different levels!

In November I set my goals for all areas of my life for 2019. What I want to achieve in business, health, fun and relationships, contribution and wealth. Who I want to become, what I value, and what I need to do to be consistent and enjoy the journey along the way.

As I reflected back over the year, I felt I was back to square one with my fitness goals. Having returned from a badly ruptured ligament last December, and four months off running, I achieved my goal of running a half marathon in August. However, one week later I was tripped up by a dog while running and badly cut my knee. Next, I picked up a viral cough after returning from a holiday in the UK. Four weeks rest and it still felt like someone had pulled the pin on my energy levels. Finally, another tumble while running (due to fatigue and an uneven pavement) resulting in my other knee getting cut, an infection and another rest!

The Smarter Way to Succeed at New Year’s Resolutions

At a zero base, which was somewhat deflating, to say the least, I felt I needed a head start on 2019. It felt akin to that feeling one gets on New Year’s day when you know you committed to a huge goal. It seems like climbing Everest. A similar thing happens at work when we think about all work projects we need to do. It feels overwhelming and too hard. So we tend to avoid them, or if we start, we soon lose enthusiasm and energy.

I set December as my new January. Instead of waiting until the New Year, in the words of Nike, ‘Just Do It,’ I got going. By starting now, it would be easier in 2019 when my ‘official’ fitness goals were scheduled to start.

Motivation is what gets you started. Habit is what keeps you going. Jim Ryun

How to Double Your Chances of Success

By choosing to make a tiny start right now on your hard project, your exercise regime or health plan in 2019 – disguised as a New Year’s Resolution, you double your chances of success. It moves you from standing behind the start line to being in the game. When you focus on taking small steps consistently and measuring your progress over time, you are making continuous improvement. You shift perspective away from just focusing on your big goal way off in the distance.

If you study the habits of any successful person, in business or sports, you’ll find that their daily habits, the behaviours and repeated actions fuelled them towards creating the results they desired.

Schedule the actions into your diary and commit to sticking to them. Stick with them until they become as familiar as brushing your teeth or showing up at work every day. This is how to get traction and how to build a habit, the foundations of all success.

We are what we repeatedly do. Excellence, then, is not an act, but a habit. Will Durant

Once the small habit becomes ingrained, the foundation for success has been laid. Next, you can increase the intensity, duration or degree of complexity.

The other important point is if you haven’t decided or committed to getting going you waste energy, or ‘bandwidth.’ When you leave it till the New Year, and you are still pondering over which gym to join, whether it will be a group program or a personal trainer, you have too much choice. Your brain suffers from decision fatigue which wears you down.

Tell yourself you will try it out for 30 days. This will help your brain focus and it won’t feel like a lifetime of hard work. It’s also a great strategy to calm those self-sabotaging monsters. After 30 days make another decision and do it for another 30 days. And if it really didn’t work for you, make a new decision and choose something else. This is the smarter way to succeed at your New Year’s Resolutions and goals.

Build a bridge over the chasm between the years

I  guarantee if you take that first step now and keep on taking steps through the rest of December, you will sleep more peacefully on New Year’s Eve. You will build momentum and will have more energy to keep going. You have created a bridge over the chasm between the end of one year and the beginning of another. While simply a mark in time, marked by celebrations and lofty goals, it is a defining moment that has the potential to shape your year ahead. For sure, this is the smarter way to succeed at New Year’s Resolutions.

The only question left to ask, what one thing will you start right now? Make a decision and schedule that first step into your diary now. In the words of Nike, ‘Just Do It.’

About the Author
Mandy Napier BSC (Sunshine Coast, Australia)
Mandy Napier is a Global Mindset & Performance Coach coaches people to P.E.R.F.O.R.M optimally and produce breakthrough results personally and professionally. Ultimately to tap into and harness their full potential.
As an authentic, and inspirational coach and speaker, she partners with professionals and teams to create transformations and lasting results.
To contact Mandy:-
Email: info@mindsetforsuccess.com.au
Web: www.mindsetforsuccess.com.au
Subscribe to my YouTube Channel for weekly videos.
Further Resources:
By the way, if you are looking to discover more about your amazing mind and how you can harness its powers to be more consistent, grab a copy of my free PDF guide Your Winning Mindset
Categories: Habits, MindsetBy Mandy NapierDecember 7, 2018

How to Better Master Your Monday Mornings by Harnessing your Mental Mind
October 27, 2021

How the phenomenal energy of words strangely makes or breaks every success
September 29, 2021

Comfort or Courage? How to choose between these conflicting drives
July 21, 2021

How to boost wellbeing and productivity with this sought after skill
July 7, 2021 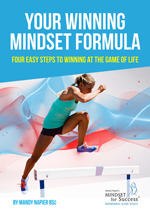 Fill in your name and email to gain access to ‘Your Winning Mindset’ plus receive monthly mindset tips and techniques. Find the confirmation email in your folder now. Thank you.